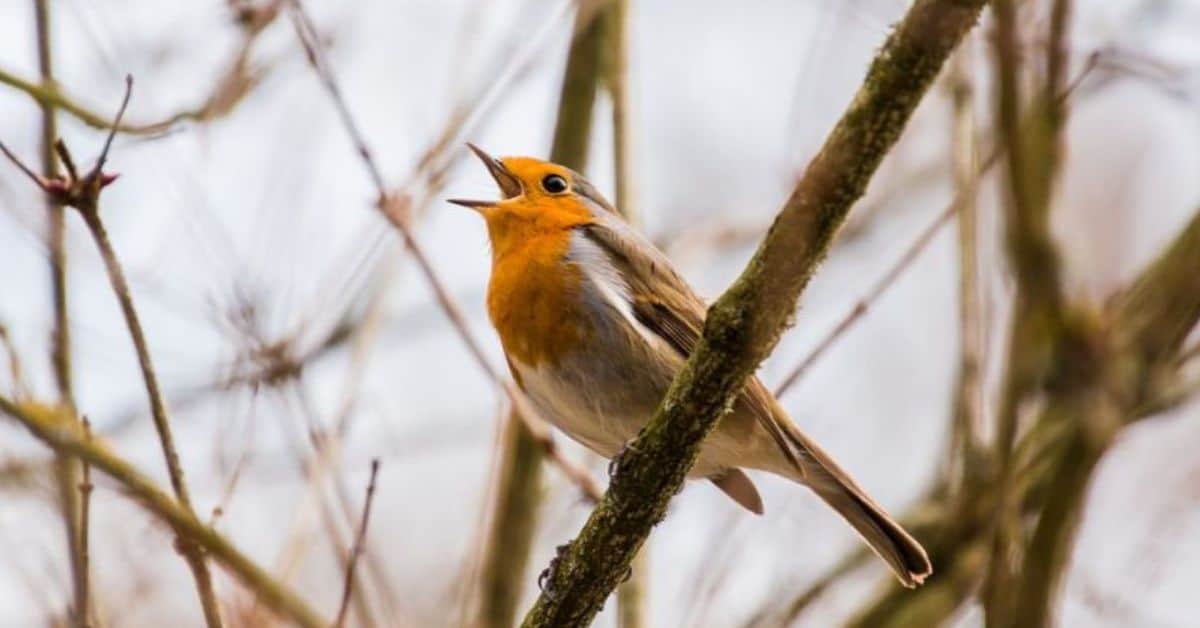 Sunrise, bright and cheerful morning and birds chirping. What a pleasant way to start the day! A burst of a bird song can indeed bring the joys of spring!

Bet time to hear birds singing? Usually, early in the morning or as the evening draws in. Unlike contact calls that are generally harsh and loud warnings and often more similar between species, birds usually break into song to attract mates or mark their territory and can be more complex in their composition.

While it is true that having the ability to distinguish the difference bids’ melodies can enhance your enjoyment of your garden and countryside, recognising birds apart by the sound alone and tell the difference between their range can be a struggle for beginners.

You wouldn’t listen to a popular song on the radio without knowing the singer and a great outdoor tune should be no different, so we’ve released guidance to make telling the difference between some typically heard birds a little easier.

Here are our top tips to help UK families and novice birdwatchers recognise the songs of a dozen of Britain’s most common breeds of bird, including Robins, Chaffinches, Blackbirds and Wood-Pigeons.

The song of a chaffinch is typically short and fast, with a series of descending notes that ends with ‘diddieoo’, or the repetition of a single one insistently.

The bird’s contact call is an abrupt ‘pink, pink’ sound. And the best time to hear it is after the worst of the winter weather has passed — throughout spring and summer. 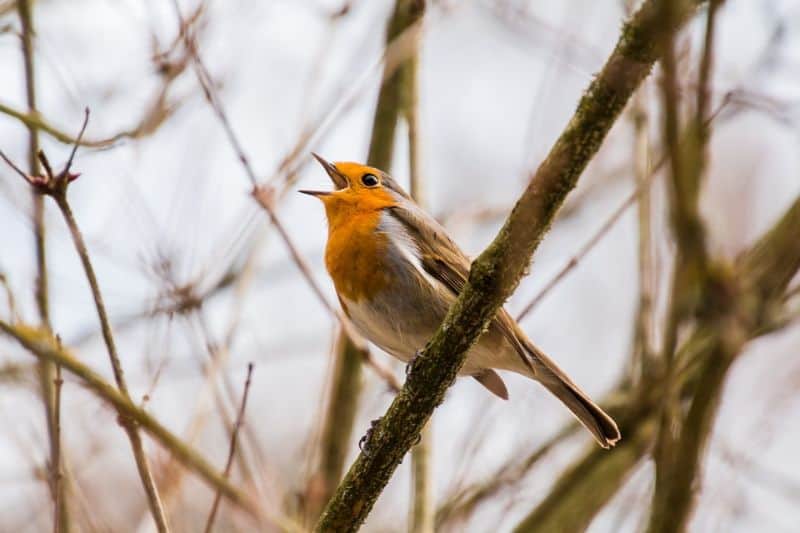 A silvery, crystal song that becomes more wistful, warbling Robins often repeat a series of ‘tic’ like sounds in quick succession. They can most often be heard around dusk and even into the night in well-lit towns and cities, throughout the year. 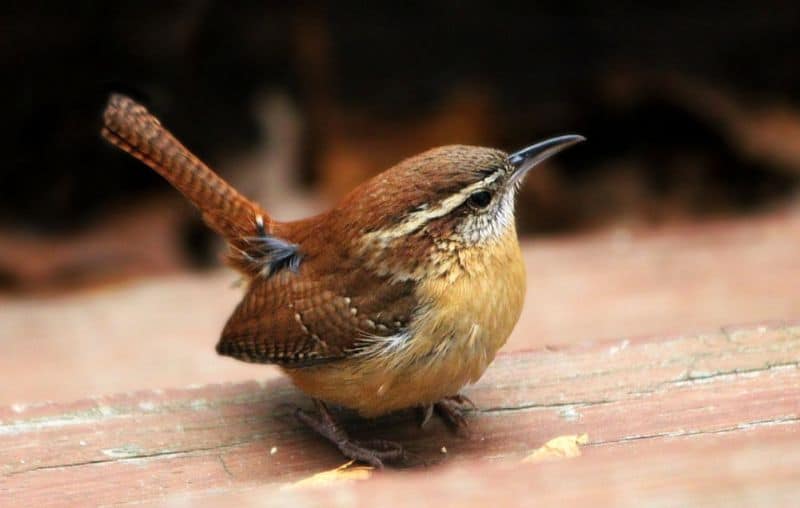 The volume and consistency of phrases if often a giveaway for picking out a Wren’s song, which usually finishes with a typical rattle that almost sounds mechanical.

When alarmed, it produces a loud, rapid ‘tititic’ sound. Best time to hear? They can be listened to all year round, especially in the springtime. 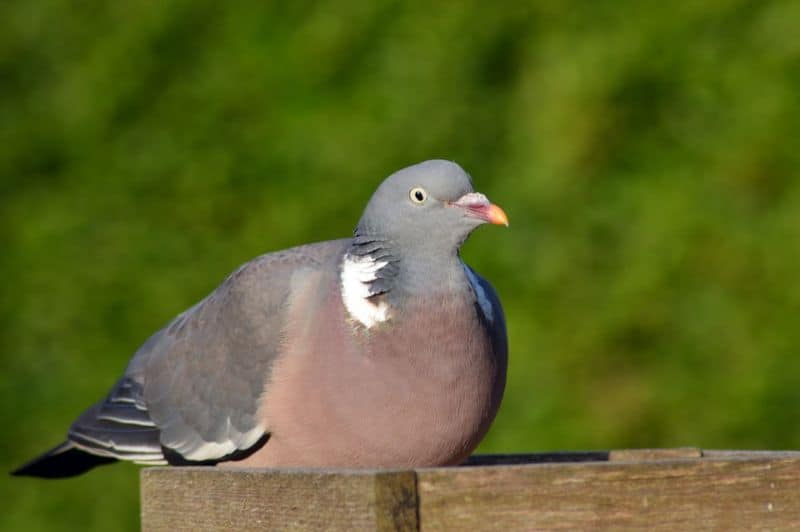 Common Wood-Pigeon’s songs usually consist of five notes. The first three are ascending, with the middle one longer than the other, and then the fourth and fifth descend back to the initial note, before repeating. 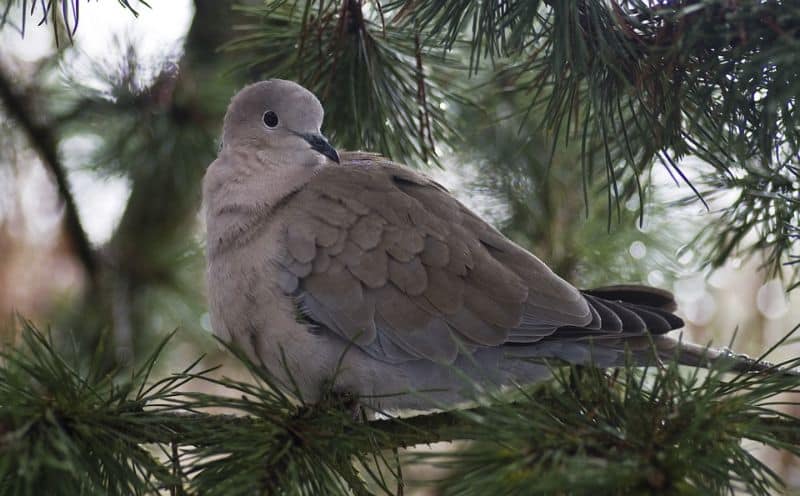 The Collared Dove follows a similar pattern when singing, but using only three notes on repeat – think of a word like ‘united’, with the middle syllable strung out.

Females advertise with a softer version of the song while males clap their wings together during display flights. Both sexes give a lower-pitched, slower version when searching and building the nest, according to All About Birds.

Moreover, they tend to produce a loud ‘hwaah’ sound when excited or alarmed. 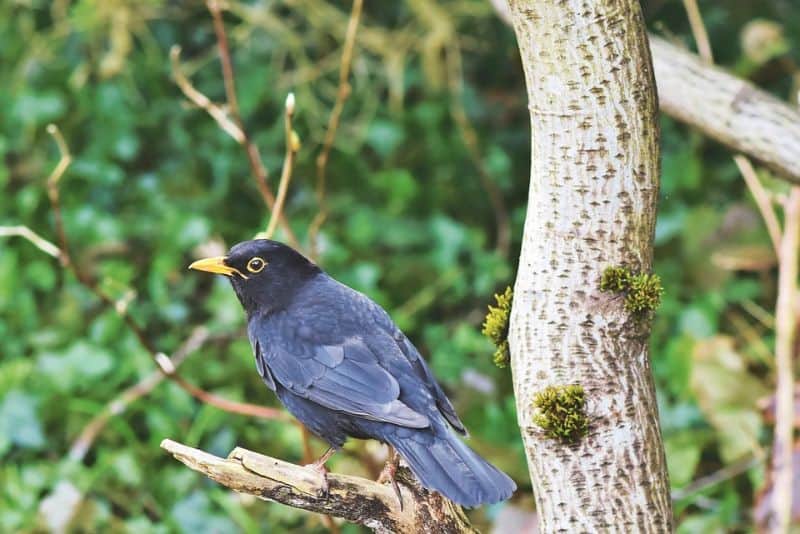 Usually most evident during a long evening in the spring and summer, a Blackbird’s smooth song is recognisable by its riched and relaxed tempo and brief pauses.

When alarmed or often delivered in flight, they produce a scolding, harsh outburst. 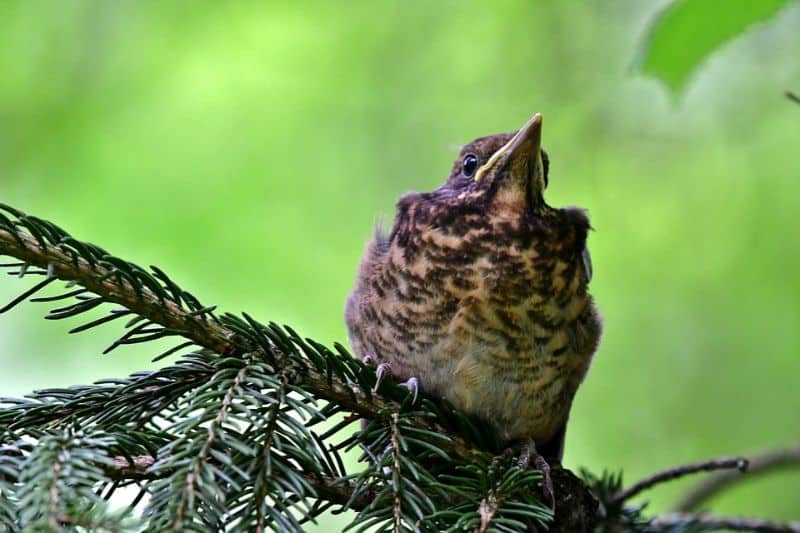 Quickly repeating a short series of high-pitched notes several times can mark out the Song Thrush and you can hear it best at dawn as early as January.

Flight call is a sharp ‘tsip’. 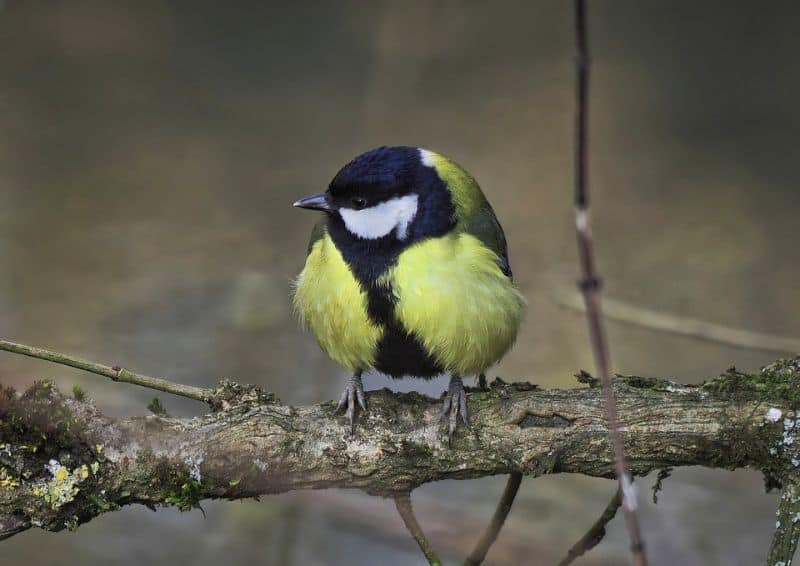 They also have a range of calls that can be tricky to tell even for seasoned birdwatchers. But the best time to hear them singing is when spring arrives as buds begin to burst. 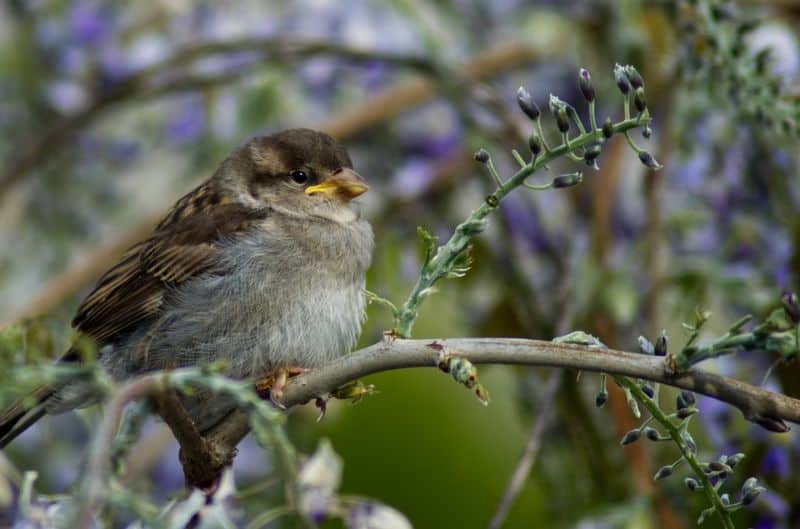 A distinctive, single note or two are repeated by the delicate House Sparrow, often with increasing speed. The sound is typically somewhere between a light ‘tweet’ and an almost ‘argh’ scream.

They produce a simple, short sound, like a peep or squak as an alarm to the surrounding area. 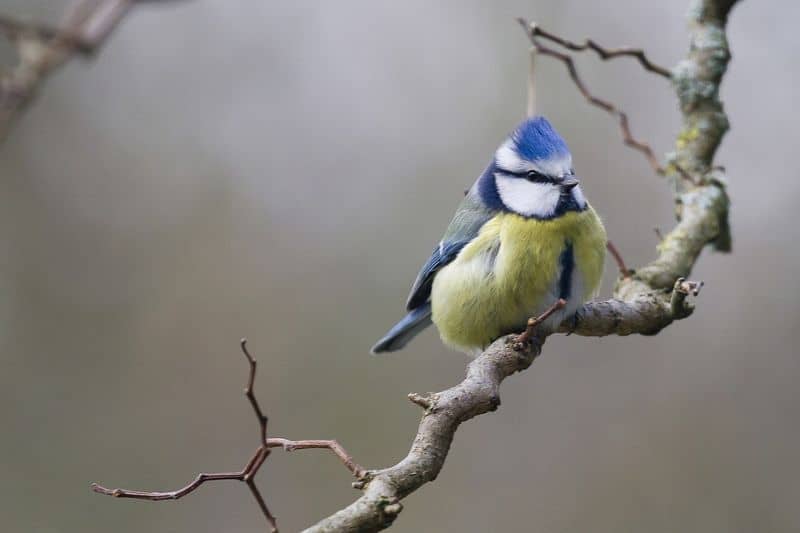 The Blue Tit typical burst an easily recognisable song, with a couple of sharp, loud, high-pitched notes followed by a few quieter, quicker and deeper descending ones. 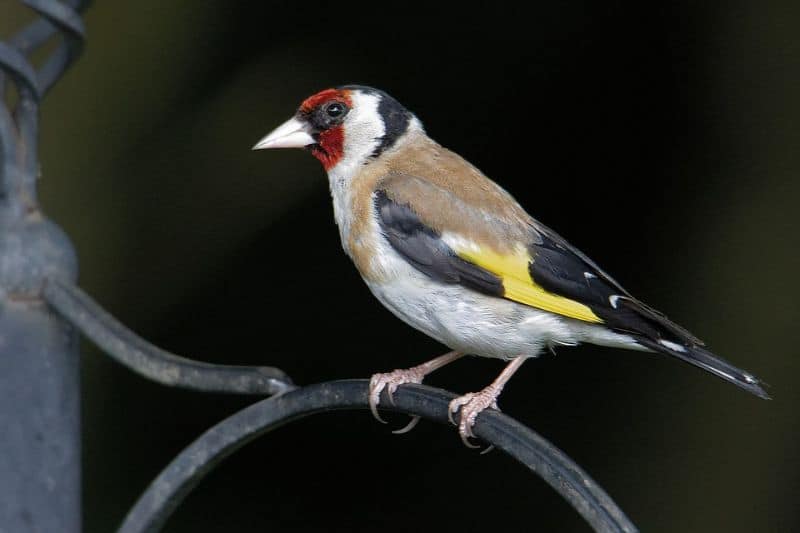 A light and twittery song with a varying tempo and pitch often mark out a Goldfinch, though not until the height of spring.

They produce various calls, some fluttery and others shrill, especially when travelling in groups. 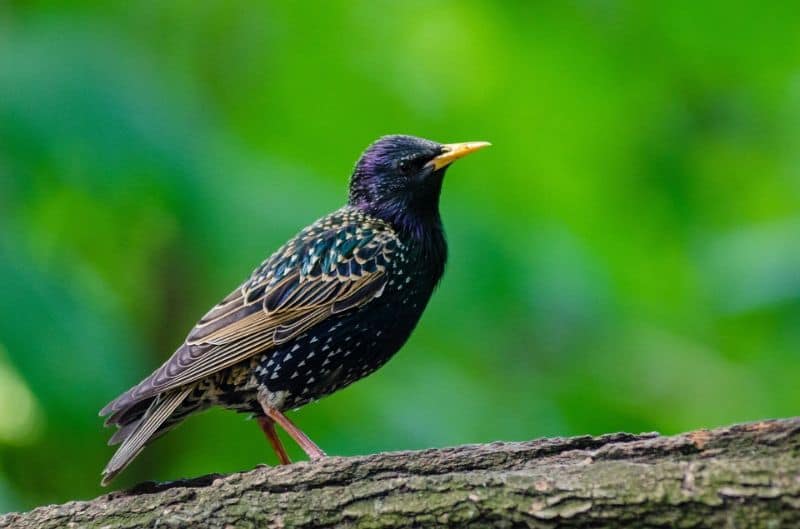 A Common Starling will typically vary between squeaky murmuring, chattering and rattling. Still, it’s one of the hardest to birds to identify by song as they can mimic lots of other species.