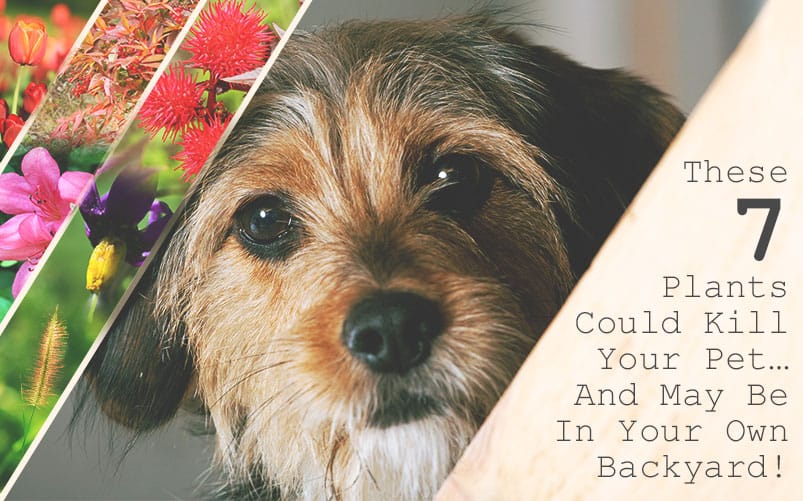 Every dog owner should be aware of the plant life thriving in the backyard, because even if the plants look pretty, they can be very fatal. As a pet owner, it is important that you be familiar with the most dangerous of the toxic plants. 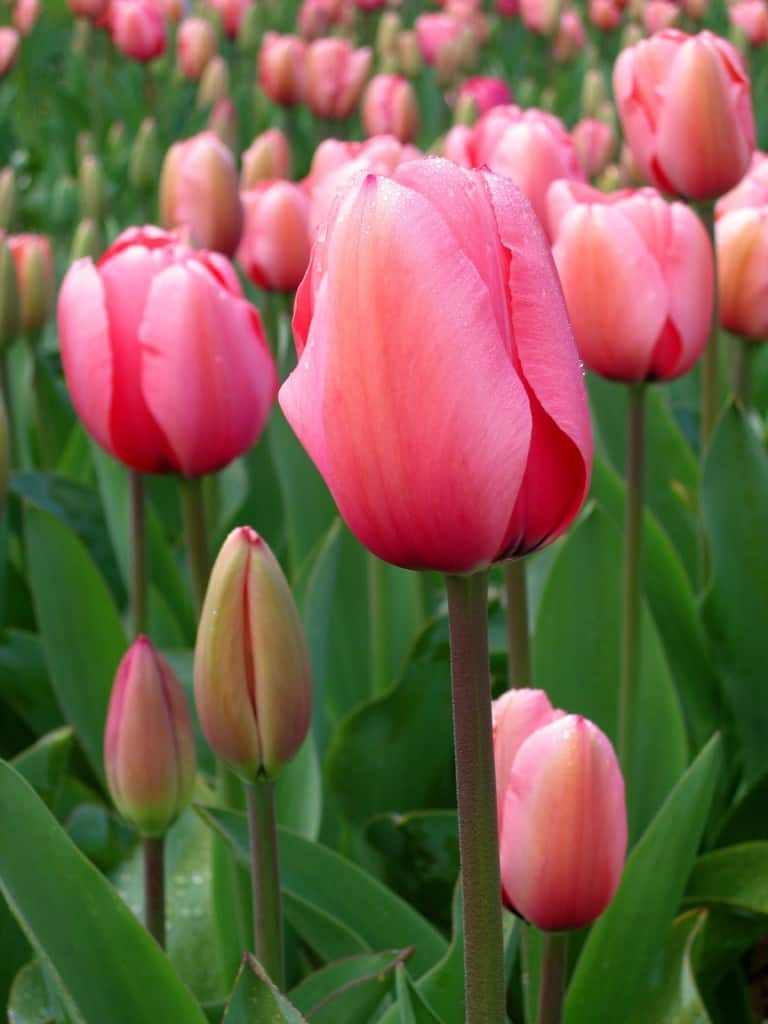 Tulip plants could pose a danger to your curious pup. All plants of this species contain toxic chemicals that, if ingested by your dog, can poison him. Tulip bulbs contain most of the toxins in the plant itself, but there are still low amounts of these substances throughout the stems, leaves, and flowers.

If you suspect your pup has ingested any of your tulip plants, stems or bulbs, contact your veterinarian immediately. 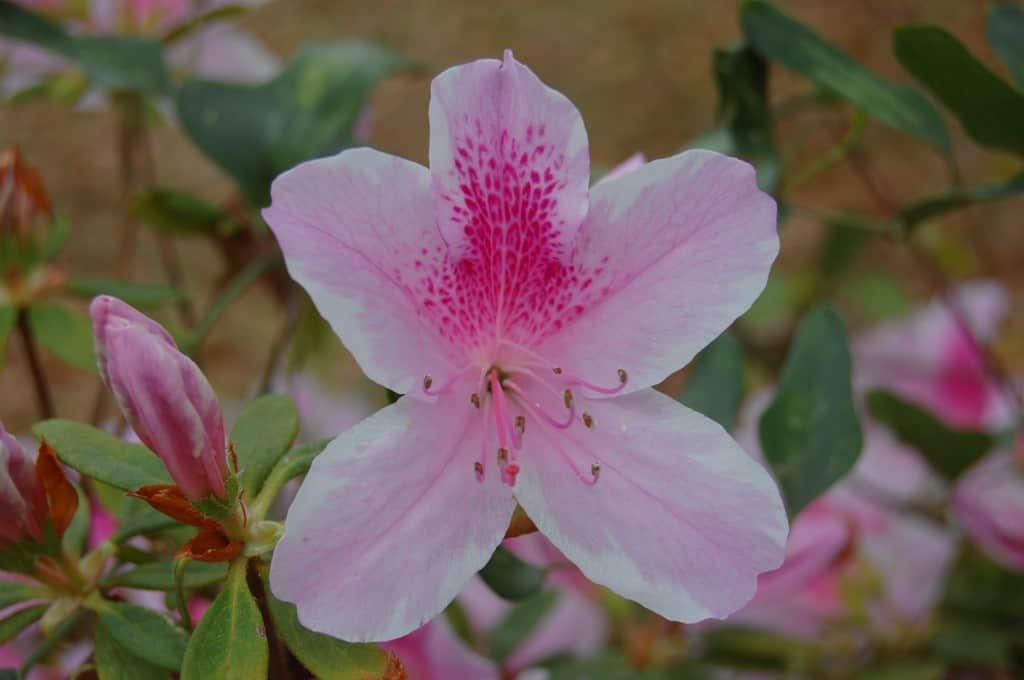 The toxins of this plant can lead to severe consequences. Dogs that attempt to eat azalea may drool, suffer from vomiting, diarrhoea, central nervous system depression, and weakening, and worse, coma or death.

The effects of azalea poisoning are usually noticeable within a few hours of ingestion, and the severity of the effects depends greatly on how much of the plant your pet has eaten. The poisoning is actually caused by a substance known as grayanotoxin, which the azalea plant contains. With treatment, many animals that suffer from azalea poisoning recover fully, but you must seek a veterinarian’s help immediately and be sure to let them know that you suspect azalea poisoning.

Veterinarians treat animal grayanotoxin poisoning in much the same way as regular doctors do.  Veterinarians can flush your pet’s system with activated charcoal or saline to try to remove as much poison as possible from the gastrointestinal tract. The veterinarian will also likely administer intravenous fluids to prevent dehydration and low blood pressure. 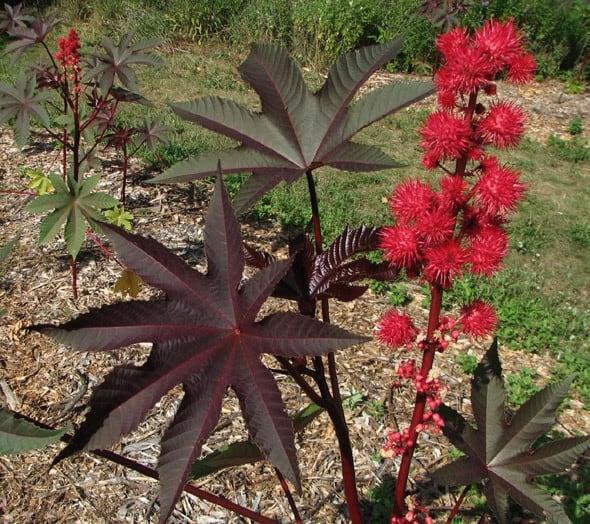 Another common ornamental plant, castor beans contain a toxin called ricin, which can cause severe abdominal pain, loss of appetite, and in more severe instances, twitching, tremors, seizures, coma, and death. The ASPCA warns that castor bean plants are highly poisonous to dogs, cats, and horses. The beans of the plant are particularly dangerous, although the ricin protein exists throughout all of its parts. This means that no one component of the plant is safe for a pet, although the beans are especially risky.

Seeds will burn a dog’s mouth and throat, and can be lethal, even if just an ounce is consumed.

It is vital to make sure your dog never goes near a castor bean plant, much less puts any part of it into his mouth. When a dog consumes castor bean plants, it may lead to a variety of extremely dangerous consequences, including seizures, coordination problems, vision dullness, fever, abnormal thirst, rapid heartbeat, sweating, irritation of the mouth, excessive salivation, and loss of appetite. In rare cases, castor bean consumption can even be deadly. In general, these symptoms do not appear instantly, but between 12 hours and 2 days of consumption. Even ingesting a very negligible amount of the beans can lead to severe results in pets. Any and all of these symptoms call for veterinary help as soon as possible. 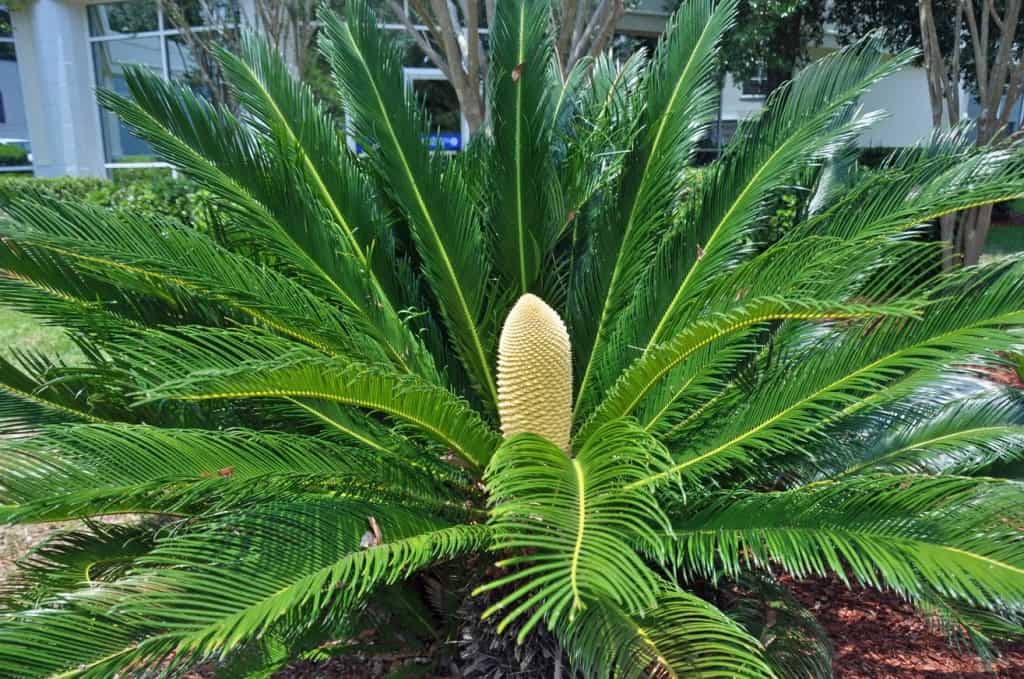 The whole plant of sago palm is poisonous to animals, and its seeds and nuts are the deadliest. This decorative plant has poisonous leaves, and not to mention, extremely poisonous seeds. A mere one seed can kill a dog.

If your dog gets into this plant, he might exhibit vomiting, diarrhoea, depression, seizures, and liver failure caused by toxins in the plant known as “cycasin.” It can be fatal, and even the smallest amounts ingested by your dog warrants for an immediate trip to your vet. This plant is one of the most toxic for pets with a mortality rate of approximately 30%. 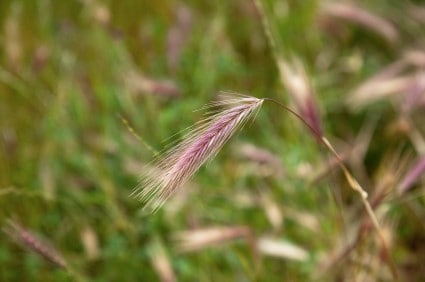 Foxtails are among the most dangerous plants for dogs, and they aren’t necessarily eaten. This weed is primarily found west of the Mississippi River. Once the sharp, barbed seeds of the foxtail stick become imbedded in your pet, they can cause abscesses and infection. If a seed goes up your dog’s nose—a common occurrence when sniffing—it can eventually travel to his brain and kill him or her.

If you live in an area where foxtails are common, check your dog and yourself thoroughly and inspect the paws and face especially well. If you find a foxtail head, remove it with tweezers. If the area appears swollen or you can’t get the seed head out, take your dog to the vet. Dogs that have in fact inhaled foxtails may suffer nasal discharge or frequent sneezing. 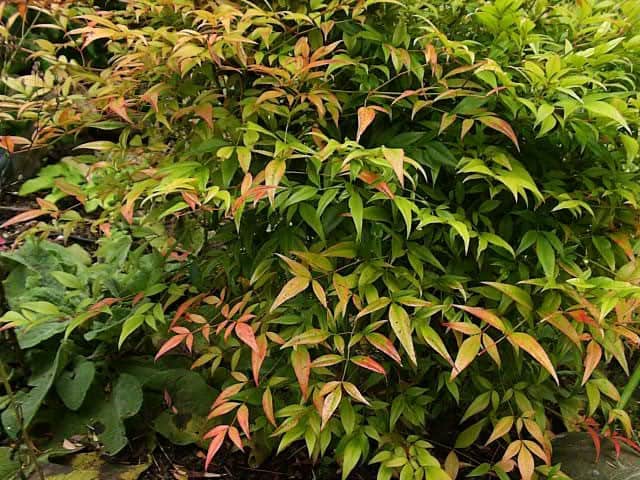 This plant may be called “heavenly,” but it’s far from it. Heavenly bamboo is a very popular landscape shrub in the South because it grows in sun or shade and is nearly impossible to kill. The plant bears large clusters of bright-red, long-lasting berries in fall and winter that are great for holiday decorating.

Don’t be fooled by the name of the plant, though, as it can kill your pets. The berries of the Nandina plant contain hydrocyanic acid and are poisonous to cats, dogs, and other grazing animals, and they can cause animals to experience seizures, comas, respiratory failure, and death. They are considered nontoxic to humans but may cause stomach pain if ingested. 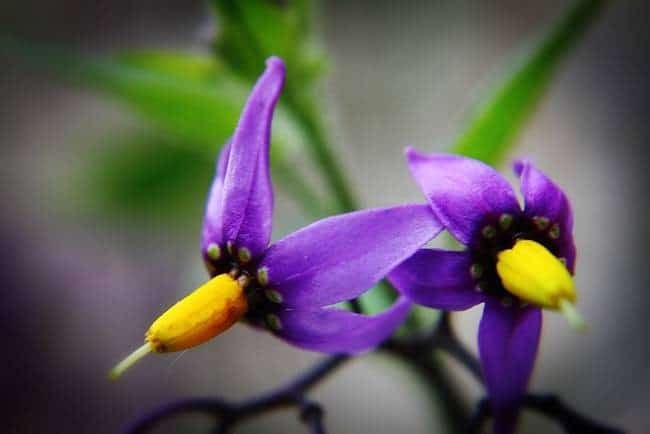 There’s nothing that says “pleasant” about the name “deadly nightshade,” and both the foliage and the berries of this plant are extremely toxic. Deadly nightshade has a long, colourful history of use as a poison, but what many people don’t realise is that the nightshade family includes common food plants, including potatoes, tomatoes, and eggplants.

In fact, all of these plants contain toxins—usually in their foliage—that can be very harmful. In particular, both humans and pets should avoid potato and tomato foliage and vines in the garden.